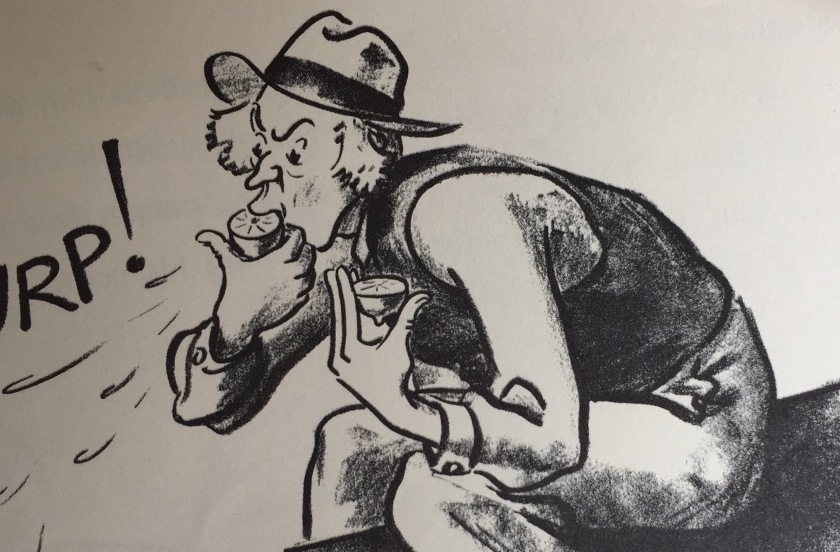 Few children’s book authors are as revered in our home as Robert McCloskey. He lived from 1914 to 2003 and received Caldecott Medals in 1942 and 1957. One of his books that illuminates our culture is Lentil , particularly the character Old Sneep.

Old Sneep was a man who envied the proper recognition of Colonel Carter, the leading citizen of the town. Old Sneep rightly identified that both he and Colonel Carter came from the same origins. As men, they are both equal in dignity. However, in terms of ability, they are not equal. It is not uncharitable to recognize that some people are more gifted in some areas than in others. Rather, it would be unjust to do so.

Old Sneep let his jealousy of Colonel Carter’s success turn into envy. Jealousy is being sad at another’s good fortune. Envy, a capital sin, is a sorrow over our neighbor’s good which then seeks to destroy that good. St. Augustine saw envy as “the diabolical sin.”[1] It originated from the adversary and from its head many other sins sprang. St. Gregory the Great would enumerate these other sins, “From envy are born hatred, detraction, calumny, joy caused by the misfortune of a neighbor, and displeasure caused by his prosperity.”[2] The sinner instead of rejoicing over the cause of good instead seeks to destroy that good.

Cynicism feeds envy, like sugar feeds cancer. If one believes other people are motivated by purely self-interest, it becomes easier to snatch their success. How could a person deserve accolades if they attained their merit in a questionable manner? Rather for the cynic, it becomes noble to destroy the good of his neighbor.

Old Sneep instead of realizing his jealousy and in humility turn to hope, rather sought a way to destroy the band playing for Colonel Carter. It was an ingenious plan. It looked innocent, wrapped in a half good. Sucking a lemon is a common practice. Lemons have health benefits and some find them tasty especially sprinkled with salt. Old Sneep had a ready alibi for his plan of destruction.

Old Sneep perches on top of the roof’s pitched gable and sucks his lemon loudly. The musicians see his slurping of the lemon, the imagined tartness of the shlurp, and their lips pucker, unable to play one note. The citizen’s rightful desire to honor a distinguished man has been destroyed by the envy of an old man. The musicians who had practiced and the mayor who had arranged the celebration stand there helpless and demoralized. From whence does hope come? Lentil. From the most unlikely of sources, a very small barefooted boy with a simple harmonica start playing a common folk tune, Comin’ around the Mountain When She Comes.

Lentil’s confidence in his musical ability coupled with an unabashed desire to help others save the celebration. The skilled musicians look to the boy, instead of Old Sneep sucking on his lemon, and they begin to join with the townspeople in singing the tune of Lentil’s harmonica. The joy exuded by the townspeople even turns the heart of Old Sneep who licks an ice cream cone happily listening to Colonel Carter’s endowment of a new hospital.

Does not this prescient children’s book capture our age’s sin and the solution? A cursory reading of Civil War soldiers’ letters to the loved ones back home shows a tenderness and love that sounds quite saccharine to modern man’s ears. Cynicism has sucked the softness out of man’s heart, which makes a fertile ground in which envy can breed.

Lentil, as does Pope Benedict in Salvi Spes, shows the path out of modern man’s destructive morass. Lentil had hope in his ability to play, which gave him the courage to do so, for the joy of his fellow neighbors. Lentil was not self-centered but other-centered.

Christ clearly shows there is a connection between the love of God and responsibility for others. Augustine’s conversion leads him to seek a life totally devoted to God. His life for God necessarily meant a life of service for others. Though the Roman Africa faced serious difficulties and would ultimately be destroyed at the end of Augustine’s life, he set out to transmit hope born from his faith. “Augustine dedicated himself completely to ordinary people and to his city- renouncing his spiritual nobility, he preached and acted in a simple way for simple people.”[3] This is the great hope all men need and the smaller hope which Lentil exercised.

Augustine’s vision was not limited to the goods of this earth in a Machiavellian sense. He refused to limit his scope of success to the material world. Augustine’s greater and lesser hopes were all fueled by his one great hope , which is God whom he encountered at his conversion. Augustine’s God is not some distant unconcerned clock maker. God’s kingdom is not some imaginary faraway concept, encountered after death. Augustine’s God has a name, Emmanuel, God with us. “The kingdom of God is present wherever he is loved and wherever love reaches us.”[4] Lentil’s concern for his neighbors enabled him to have confident hope. His rapidity of action shows the virtue developed to an extraordinary degree.

This Advent, in prayer, man can again turn to the author of love and hope. God eagerly seeks an encounter with each person. Authentic prayer propels charity. Serving our neighbor in its various forms becomes easier. Suffering takes on significance when embraced with hope of Christ’s love. Through this encounter with Emmanuel hope, exercised as a virtue, can dispel the raging cynicism of our day, and thus drain the swamp of envy.